Python is a programming language with many features that make it a great choice for beginners. Python’s simple, easy to read syntax emphasizes readability and therefore reduces the cost of program maintenance makes it extremely easy to read and write.

Python is a popular language for learning to code in schools, scientific computing, artificial intelligence, and more. In this article, we will explore the basics of Python programming and how you can get started with coding in Python as a beginner.

Python is an increasingly popular programming language (largely because the language is fairly easy to get started with but still extremly powerful).

The language is used in everything from simple applications for learning to program to advanced machine learning applications.

Where Does the Name Python Come From?

The name does not come from the python snake but from the british comedy group Monty Python.

Python is used in many companies, for example:

No prior knowledge is needed to start programming in Python, but it helps a little if you already know basic programming and web development with HTML, CSS and JavaScript before starting with Python.

Get Started With Python

To get started with Python, you must first install the programming language on your computer.

Tutorial for installing Python on windows:

Install a Editor/IDE for Python

There are many good editors/IDEs for Python. One example is Visual Studio CODE:

VS Code can also be run online without installation:

A great way to get started with any programming language is to do your first “hello world” algoritm.

1. In your IDE, create a new file named hello.py

2. In the editor, enter the following code on line 1:

3. In VS Code, you can run the Python code directly in the built-in terminal by pressing the play button. 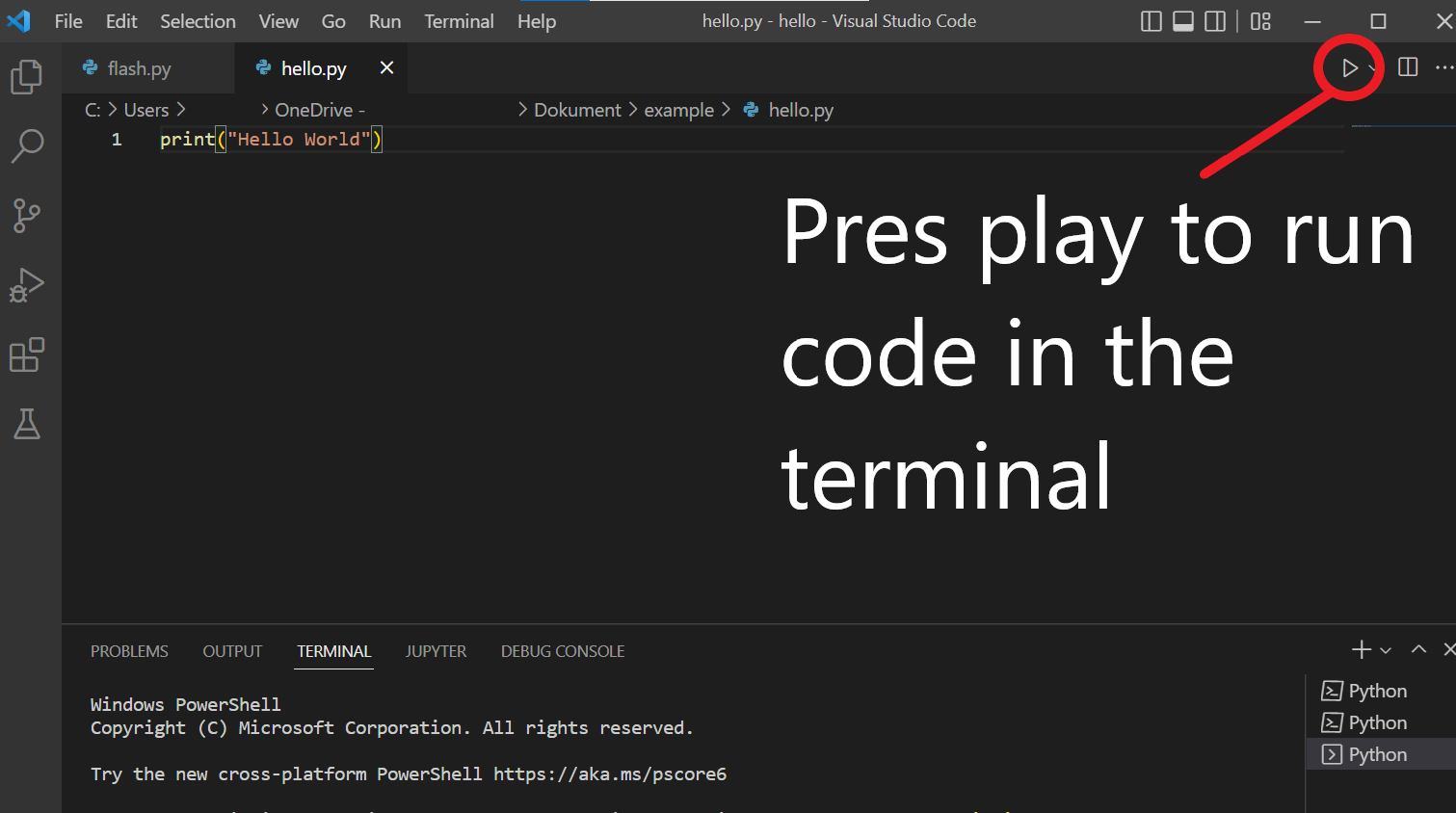 4. The words “Hello World” should now be printed in the terminal.

The Three Basic Concepts of Programming in Python

For example, if you want to make a program that extends the previous “hello world” application but instead greets the user with his or her name, you need an algorithm with a function that is called and a sequence of at least two statements.

Example of a Sequence With Input and Output in Python:

Selection is a type of statement that allows you to check if a condition is met before taking another action:

Example of Selection in Python:

In this example we will check if the name entered by the user is Santa.

Iteration is a sequence of instructions that are executed over and over again.

Here we will use the Python for statement to make a loop that will print the name a user-defined number of times.

NOTE: Note that in Python we have to convert (typecast) the input string to Integer so we can use the numbers in our loop using the int() function. 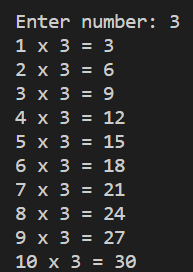 There are a lot of good tutorials for getting started with Python, for example this one from freeCodeCamp:

Use Your New Python Skills

Create your own simple program that takes data from the user and sends back a response that changes depending on the data entered.